On Wednesday, February 3rd, De Soto Senior Erika Mellor signed her national letter of intent to continue her athletic and academic career at Southeast Missouri State.  As a Redhawk, Mellor will study Physical Therapy and compete in both Cross Country and Track.  Mellor has played a pivotal part in the success the De Soto Dragons have had in recent years in both sports.  As a cross country runner, she was part of the 2020 JCAA conference championship team and two MSHSAA final four teams (4th in 2018 and 2nd in 2019).  On the track Erika has been a conference champion in the 400 meter run and 800 meter run, a district champion in the 400 meter run and 800 meter run, and took 5th at the MSHSAA state meet in the 800 meter run finishing with All-State honors.  Additionally, Erika’s performance largely contributed to the the De Soto Dragons being crowded JCAA conference champions in 2019.  When asked about her experiences at De Soto High School, Mellor said, “My favorite part of being a DHS athlete has been having a close-knit family within my teammates and coaches”.  In addition to being an incredible athlete, Mellor is an exceptional student.  She is ranked 12th in her class (out of 210) and maintains a very high grade point average.  Other school activities she is involved with include: TREND, National Honor Society, Student Council, Concert Choir, Spirit Club, Mentor, Special Olympics, and the Night to Shine events.  Mellor is excited about her next steps saying, “I am looking forward to competing at the next level and meeting new people”.  The Activities Department at De Soto High School would like to thank Erika for her dedication to our school these past four years and congratulate her on this monumental achievement.  We, at DHS, are incredibly proud of Erika and are excited to see all of the wonderful things she will accomplish in the future. 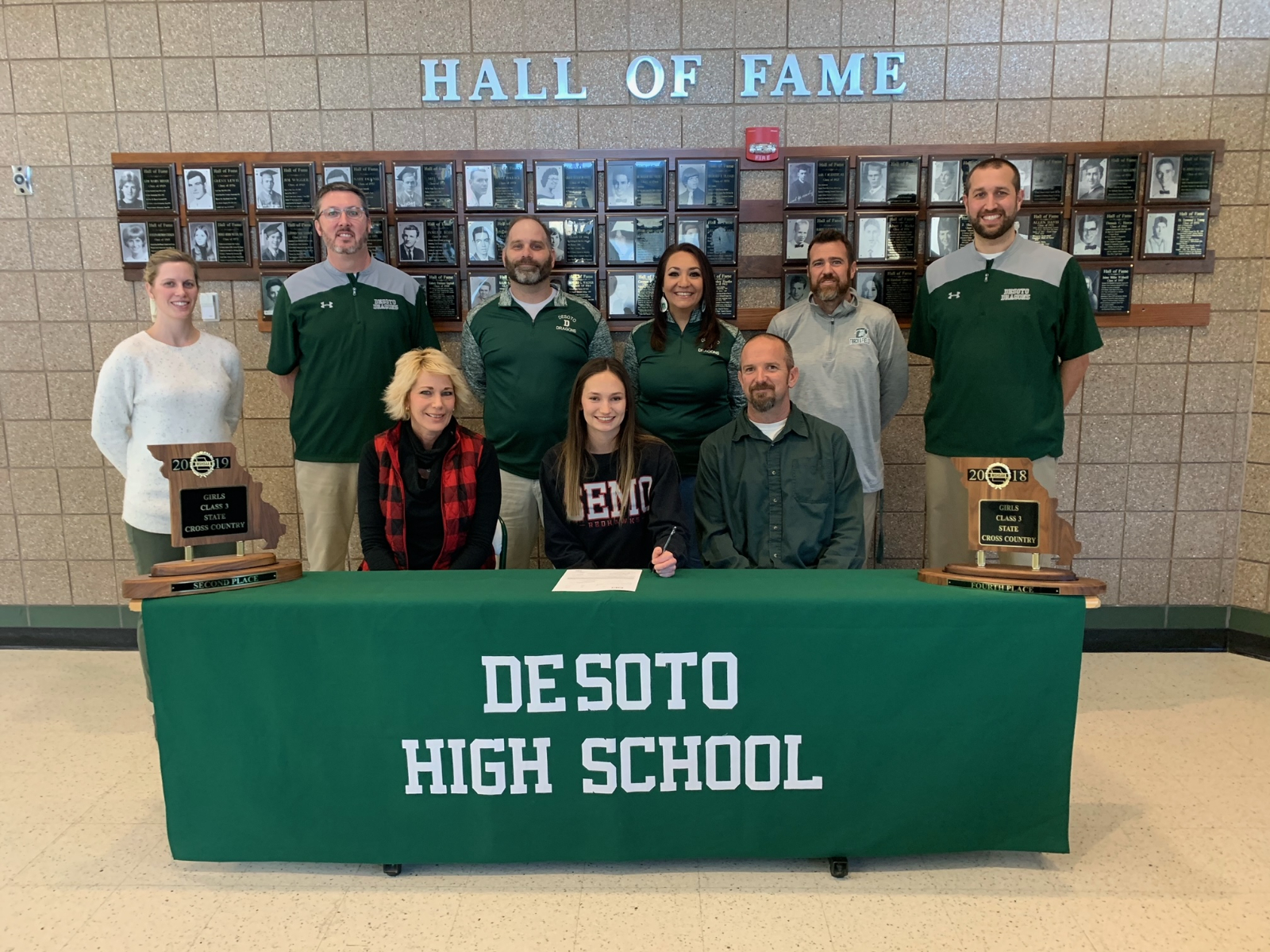