The DHS Varsity Football Cheerleaders had a great season in which  they completed some very impressive stunts. This years squad was filled with very talented cheerleaders. With Football Cheer coming to an end I got the chance to ask Coach Roop a few questions about this season and about the team’s future. A: What did 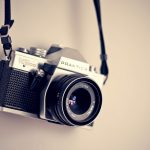 This photo was taken on Friday, August 25th, at Bishop DuBourg High School. The cheerleaders traveled to DuBourg to help cheer on their football team who took the 38-0 win. This photo captures Paisley Thompson as she’s tossed into the air during a time out. The cheerleaders helped get the team and crowd pumped up

DHS cheerleader, Annie McClain, signed with Missouri Baptist University on Tuesday, November 29th.  In her combined three years as a cheerleader for DHS, McClain has also served as the Stunt Coordinator and Choreography Commander Officer for the DHS Football Cheer Squad. UCA has recognized McClain with the Hardest Worker Award and Best Jumps Award. She has

No Events This Week

Events are added by athletic staff.
View All Events